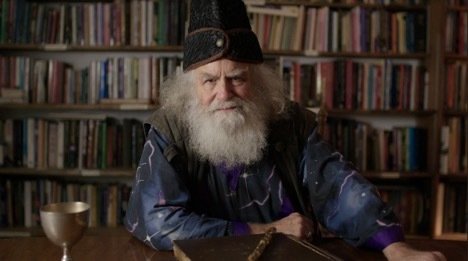 May is in Full Bloom with a Crazy, Wizardly, Dancey, Coked-Up Slate of Staff Pick Premieres

Vimeo announces May’s slate of Staff Pick Premieres, with a different one making its global online premiere on Vimeo each Wednesday; Vimeo’s popular Staff Pick channel is curated by a five-person team that highlights the best short-form content on the platform. To check out the Staff Pick Premieres channel, visit https://vimeo.com/channels/premieres.

This month’s slate includes titles such as Danny Yourd’s fascinating documentary short “The Wizard Oz,” which chronicles the life and times of wizard/unicorn maker Oberon “OZ” Zell-Ravenheart, and “Good Crazy,” the wryly comic directorial debut from Maze Runner actress Rosa Salazar. Staff Pick Premieres are weekly global online premieres of a pre-selected Staff Pick. Vimeo supports each Staff Pick Premiere via on and off-site promotion, including editorial coverage and marketing support. In addition, Staff Pick Premieres have an open submission process for any film that has played at an Oscar-qualifying event within the last 24 months.

May 3rd: “The Wizard Oz” – Documentary (Dir. Danny Yourd)
Synopsis: Oberon Zell-Ravenheart, known simply as "OZ,” is a self-described wizard who created a life for himself that is truly stranger than fiction. His tale conjures stories of unicorns, mermaids, a serial killer and the most cryptic magic of all, love.

About the Filmmaker: Danny Yourd is an award-winning director and creative producer involved with over ten documentary films. He produced Sundance-winning documentary Blood Brother and Almost Holy which premiered and sold at the 2015 Tribeca Film Festival. Danny’s short film, “Elgin Park,” has screened at over 45 film festivals all over the world. His work has been featured on National Geographic, Apple, Independent Lens, Devour, Vimeo Staff Picks, Netflix, Gizmodo, Colossal and many others. Danny is currently a director at Animal.

May 10th: “Good Crazy” – Narrative Drama (Dir. Rosa Salazar)
Synopsis: A complex chick deals with a vanilla beau, a shitty brunch, and a dead coyote all in a Los Angeles day. There’s batshit crazy and then there’s good crazy… she fits somewhere in between.

About the Filmmaker:   Born in Washington D.C. and raised in Greenbelt, Maryland, Rosa Salazar is an actor, writer, and director based in Los Angeles. Salazar’s upcoming film releases include CHiPS for Warner Bros., Maze Runner: The Death Cure for Twentieth Century Fox, and Alita: Battle Angel for Twentieth Century Fox. Her past films include Maze Runner: The Scorch Trials, The Divergent Series: Insurgent, Search Party, and Night Owls. In television she was appeared in “Man Seeking Woman,” “American Horror Story,” and “Parenthood,” among others. She made “Good Crazy” out of her love for accountability/hate for idiocracy. This is her directorial debut.

May 17th: “Coke Habit” – Animation (Dir. Dress Code)
Synopsis: The Summer after 10th grade, Mike spent two solid weeks with horrible, horrible migraines, dizziness, blind spots and tunnel vision — he didn’t know what it was. This is the story of his Coke Habit.

About the Filmmakers: Dress Code was founded by Dan Covert and Andre Andreev to make visually distinct work that isn’t defined by a certain style or limited to a particular medium. Dress Code was born in the streets of the Lower East Side. They split their time doing commercial work and creating original content, intentionally staying small and selective, so they can continue to stand behind everything they produce and direct.

May 24th: “Raised by Krump” – Documentary (Dir. Maceo Frost)
Synopsis: “Raised by Krump” is a documentary film that explores the Compton/South Central, Los Angeles born dance movement called “Krumping”, and the lives of some of the area’s most influential and prolific dancers.

The film blends the art of movement, music, and personal interviews together to tell the story of finding solace within an underground movement and the community that it creates. The film, directed by Swedish filmmaker Maceo Frost, focuses on how Krumping has helped the people of these neighborhoods deal with the emotional issues that come with growing up in one of L.A.’s toughest neighborhoods — a place where showing emotion is often considered a sign of weakness.

About the Filmmaker: Maceo Frost fell in love with filmmaking at age eleven and grew up being one of those kids that never really had to wonder what to do in life. Discovering computer animation during his teens helped him land his first Swedish Grammy nomination for “Best Music Video of the Year” for his school project at 19. With a natural rhythmical talent and understanding the art of movement Maceo believes that when combined, there is a golden ratio from which films can be made that makes 30 minutes pass by faster than a dolphin can swim.

With a passion for dance and skateboarding, expect a family affair when it comes to his work, often incorporating family members music production and dance skills. Nowadays Maceo travels the world directing short films, documentaries, music videos, and commercials.

May 31st: “Deer Flower” – Animation (Dir. Kangmin Kim)
Synopsis: “Deer Flower” is a stop motion animated recount of an event that happened to director  Kangmin Kim when he was young. In the film, he attempts to translate his own experiences on screen and to reinterpret his memories to cinematic experiences, using stop motion, 2D animation.

About the Filmmaker: Kangmin Kim, co-founder of Studio Zazac, is an award-winning filmmaker and designer based in Los Angeles. His films have screened internationally at several festivals including Sundance, Annecy, Ottawa, Zagreb, AFI and more. He is a highly creative and multitalented stop motion artist with a strong background in stop motion and motion graphics and his work combines hand crafted media with designed backgrounds. Kangmin holds an MFA in Experimental Animation from the California Institute of the Arts.